Elliott Erwitt
"It’s about time we started to take photography seriously and treat it as a hobby." --Elliott, Erwitt


"To me, photography is an art of observation. It's about finding something interesting in an ordinary place.... I've found it has little to do with the things you see and everything to do with the way you see them." --Elliott, Erwitt

Robert Frank
“It is always the instantaneous reaction to oneself that produces a photograph.” – Robert Frank

"I am not interested in shooting new things - I am interested to see things new." -- Ernst Haas

"There is only you and your camera. The limitations in your photography are in yourself, for what we see is what we are." --Ernst Haas
Posted by GW-Images at 10:28 AM No comments:

Gernsheim was a photography historian and collector. A German Jew, he escaped to England just prior to the outbreak of WWII. As a ‘friendly foreign alien’ he was interned with other German nationals in New South Wales, Australia where he wrote his first book New Photo Vision.

Helmut Gernsheim recognized very early on that the medium of photography could stand as an art form in its own right, and he devoted much of his life to rigorous research in the field. In 1945, he laid the cornerstone for the now-famous Gernsheim Collection with his discovery of long-forgotten masterpieces from the early years of photography. Ultimately this collection, along with an estimated three to four million words of notes on the subject led to his writing the 180,000 word book The History of Photography. When the first edition was published in 1955 it became an instant classic and the definitive reference work for historians of photography for decades afterwards, being described by Beaumont Newhall as "a milestone in the history of photography."

It was Gernsheim that rediscovered the long-lost hobby of Lewis Carroll when in 1947 Helmut stumbled across an album of Carroll's portraits in a junk shop. But his most important contribution was the rediscovery in 1952 the ‘first photogragraph’ taken from his view from the window at Le Gras in 1826 or 1827 by Joseph Nicéphore Niépce. This established that it was Niépce, not Daguerre, who first discovered a method of preserving the photographic image. This photograph is now in the Gernsheim Collection at the University of Texas at Austin.

Gernsheim has played a very important part in the history of photography but this is really a long way around getting to what I really want to talk about.

In reading Dialogue With Photographers, in the interview with Gernsheim he recounts a story about comments on a print at the Royal Photographic Society that I found interesting. He doesn’t give a date but it would have been in the late forties or very early fifties since he resigned from RSP in 1952. Gernsheim had a much more modern view of photography than was generally accepted by the membership. He recounts that he was often asked to sit on the exhibition committee for political reasons. With his presence no one could suggest that the more modern thinkers were excluded from the process. They knew that he would always be out voted by (his term) the ‘old fogies’. He tells a tale about one of the members calling him aside at one such committee meeting and showing him some superb pictures of sand dunes—rippling sand in strong light, divided by deep shadows, very graphic. Gernsheim was asked how he felt about the pictures to which he replied, “We should be honored to have the great man in our company.” Then the member pointed at the shadows and muttered, “No details whatsoever. I don’t think he will get an exhibition.” And he didn’t. The photographs were by the American photographer, Edward Weston.

The conventional impediments that I so frequently rail about are well ingrained into the fabric of photography.
Posted by GW-Images at 10:50 PM No comments:

Henry Holmes Smith is among the most influential photographic art teachers. Interested in the German Bauhaus, in 1937 he was asked to teach at the New Bauhaus founded in Chicago by Moholy Nagy. After World War II he taught for several years at Indiana University.

Smith was an early experimenter with electronic flash and with color photography. His later photography was almost all abstracts made directly without a camera, in the tradition of the photograms of Moholy Nagy and the Rayographs of Man Ray. He created images by refracting light through splashes of water and corn syrup on glass plate. A limited number of prints were made before the syrup was scraped off to make way for a new image. He would make positives from those that he felt worked and the positives would be copied to 4x5 negatives. Smith’s photography gained little recognition and there is very little in print regarding his career, at the end of which Smith questioned the value of photographic education, noting that unlike, say a medical degree, a degree in the fine arts didn’t lead to some useful role in society. 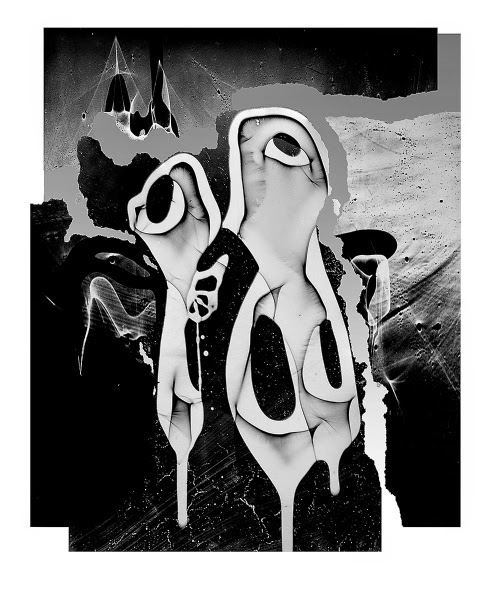 The following is from the book Dialogue With Photography, a collection of interviews with important photographers by Paul Hill and Thomas Cooper published in 1979. I found the following portion of the interview with Smith interesting and every bit as true today, if not in an even worse state. Even though Smith is talking about a formal photographic education I personally believe that what he says is applicable across the entire spectrum including peer taught amateur photography. The egalitarianism of digital imaging technology combined with the influence of immense amounts of images posted to the Internet, most of which fall within Smith’s following definition of routine and redundant, has greatly exacerbated the homogenization of photographic thinking and consequentially the routine and redundant have only proliferated. At least that is my opinion.

Q. What are your thoughts on photographic education today?
A. I think it’s excessive, I think people all over the country are busy teaching people things they don’t need to know. They are incapable of teaching students things they need to know and if they taught them things the student needed to know the culture would see that it was quickly extirpated.

Q. So how do you see the future of photographic educations?
A. I would like to see it less institutionalized, less victimized by manufacturers and less addicted to routine and redundant imagery.

Q. What do you mean by redundant photographic imagery?
A. The kind of pictures that come out of 99 percent of the 35mm cameras and 2 ¼ square cameras has very little to do with creating and the sense of humanity which could unite individuals. People are competing to win at a game that is a loser’s game. The game is to have better routine images than somebody else’s routine images. If you want a prescription for routine images, you just have to go through any student’s portfolio.

At a certain point, human beings creating art no longer need to be told what they’re supposed to do… The predicament of photographic education in the country seems to revolve around false rewards. It doesn’t create a bunch of free people; it creates a bunch of people with a terrible burden on their back, like the Old Man and the Sea or Sinbad the Sailor, and it’s a cultural commitment to an unrewarded activity. The rewards are at best nominal. Somebody said recently that the best thing a student could do was get in some shows and publish a book; but nothing about becoming a human being, nothing about having important feelings or concepts of humanity. That’s the sort of thing that is bad education. I’d say be a human being first and if you happen to wind up using photography, that’s good for photography. [emphasis mine]

Ralph Hattersley Jr. used the term 'imitative' to describe much the same thing as Smith calls routine and redundant. I frequently use the term 'safe' because that is what it is—confirmed acceptable subject matter, visionless, leaving little room for judgment only critique, non-revealing—safe because it is depersonalized.

I know I am a very bad example because I fall much too frequently into that same trap. So I cannot set myself up as an example nor would I wish to. I do wish that I could find the words to even if only occasionally persuade a photographer from looking for photographs and to start looking for personal statements. To find the photograph inside him or her self and only then to press the shutter release. Maybe I would be more persuasive should I be able to accomplish that feat more often myself—then maybe not.

I do not generally post photographs to this blog, but this is an exception. Henry Holmes Smith work is not well known and it should be. Here is the best link I found to his work. It also describes his working method. http://www.nmcn.org/alextraube/  It is well worth the look even though I doubt that many of you will be using Karo syrup in your photographs.
Posted by GW-Images at 2:11 AM No comments:

My Presence on the Web